"Listen to the river sing sweet songs, to rock my soul"

Times have been cold and water has been slightly sparse in comparison to last season. I keep leaving my camera in the car and usually remember it about the time I'm putting on the creek. I do however have these photos from this winter on Henderson @ -3 (prime level).

I have snagged some new runs in the area including a First Descent on Connel Creek while attempting to join our buddies a ridge away on their First Descent of Middle Creek which all flow into Rock Creek (Waldens Ridge). The little creek was blown out brown with no eddies and reminded me of a juiced Colorado run.
Link to Middle First D- http://waldensridgewhitewater.com/waldensridge/middlecreek_rockcreektrib.htm

I recently ran Pocket Creek in Sequatchie Valley @ 1ft on the gauge. I would easily group this run with the Bear and Henderson as the 3 best runs in the greater Chattanooga area. The run was mostly continuous with sweet long slides up top and a fairly tough boulder section on the bottom half. I ended up running the portage for a First D and think it should be called SKITTLI-WOMP-BOMP.

Most recently got on The Bear 20 inches and brown. Had an exciting day with Javid Grubbs and Bett Adams being the only lucky few to paddle such a prestine run (rowdy). Followed it up the next day with a run on Rock Creek(Lookout Mtn.) Sweet run but Hand Paddle Kurt ended up breaking his back on the last rapid before the portage above Insurance Bluff.(Nasty Rock) - would be a good name for that rapid.

Here is a link to Pruett's Toxaway footage of Dustin Marquart and my self from early winter-
http://fullthrottlewill.blogspot.com/2010/01/last-charge-of-09.html 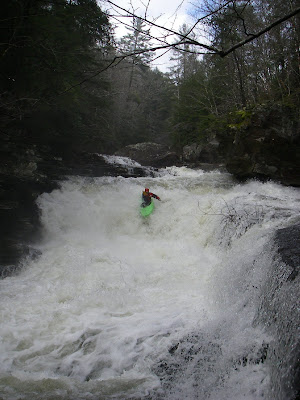 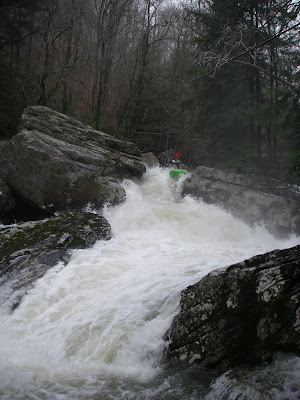 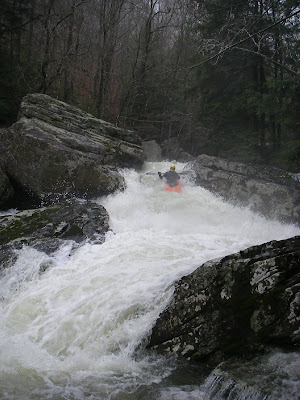 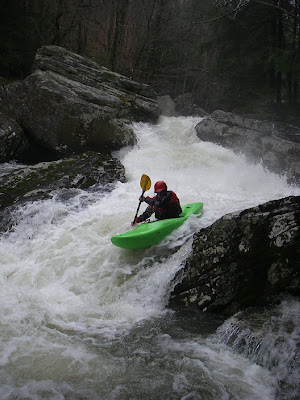 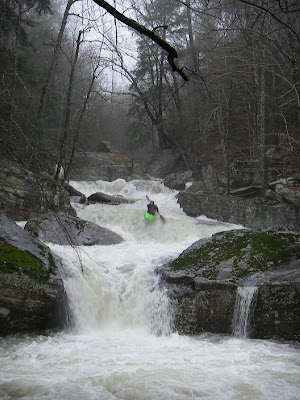 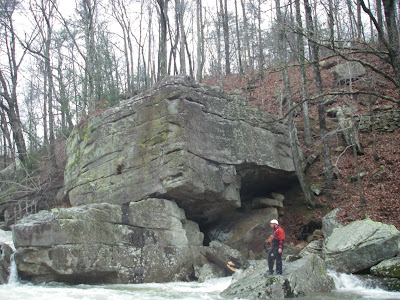 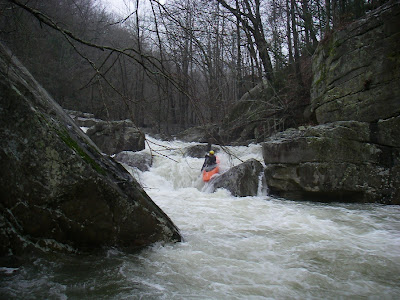 Posted by Soul Paddler at 7:33 PM No comments: