On Saturday, March 14th, I took full advantage of my hour and a half lunch break from work by sprinting over to Suck Creek for a single bomb session that would return me to work with wet hair and a smile on my face.  The rest of the week hadn't been too bad either with 2 days camped out at Rock Island for sunny surf sessions and a solo sneak attack out to North Carolina to fire up the Green River Narrows.  It had been a solid spring break and I was feeling primed for what sunday had to offer.....  I woke up on sunday morning to the news that Suck Creek was at 4.5 feet and my immediate thoughts were Middle Creek would have water.  Jeremy Pou had painted a gauge days before and cleared wood, so we knew it would be clean.  Sure enough Jeremy was down for the adventure as well as Ryan Allen.  Both were a little pessimistic about water levels but seemed eager to get into the gorge with 1.0 on Jeremy's new gauge.  Middle Creek is probably the steepest run in Chattanooga and warrants extreme caution as it plummets over 700 fpm down to the Tennessee River.  Our hike in was serene as the fog passed through vivid colors of early spring in the gorge.  We hiked down to river level at Rainbow Falls(an unrun 40 footer that would need a lot of water for a survivable line).  We found our selves in a deep gorge with a descent water level.  It was GO time.  Slowly we made our way down the steeps with awe at what this gem had to offer.  I found my self stoked at the whole run givin her at just about every rapid even firing up the main line at Dirty Willy for a first descent.  It felt amazing that the gorge had allowed us safe passage and offered us all her fruit....   Highlights of the day were the Superman Slide and Shoot Me In The Face With A 9 which both had been run less than a hand full of times.  Afterwards we headed over to Suck Creek ,which was still running at 4.5, to find the boys stoked to hear about our travels and eager to cap the day off with a bomb session from the confluence to the bridge.  At the end of the run I found myself beer in hand staring at a beautiful sunset down the gut of Grand Canyon of the Tennessee River Gorge reveling in the thoughts of an amazing day amongst the steeps.
Into the gorge 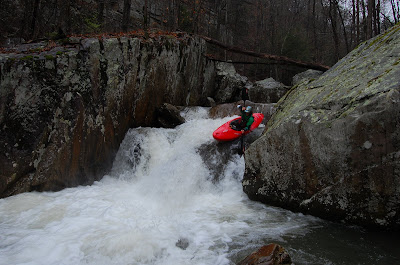 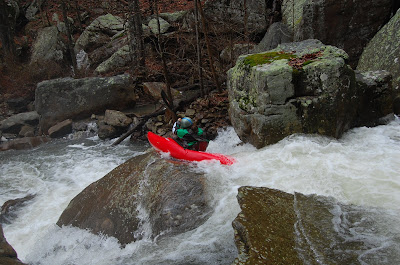 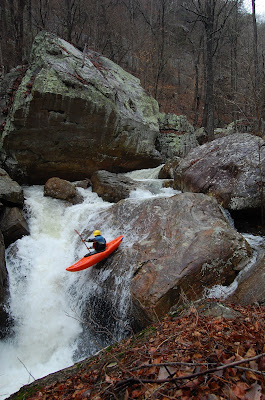 About to take the hit for the first D 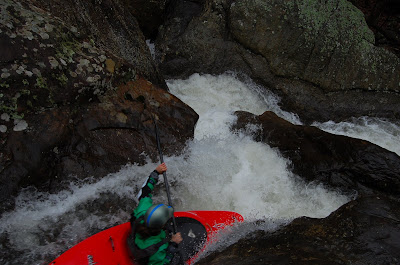 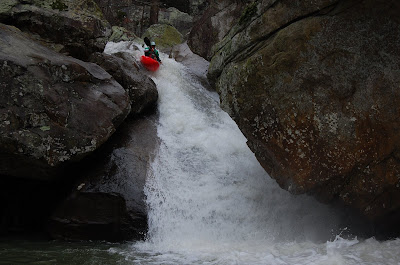 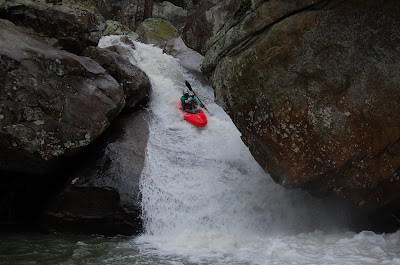 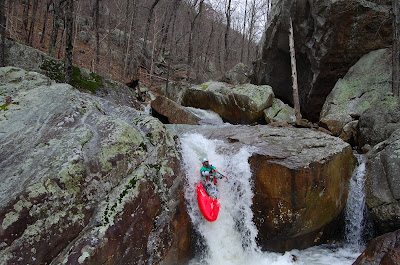 Don't want to go there 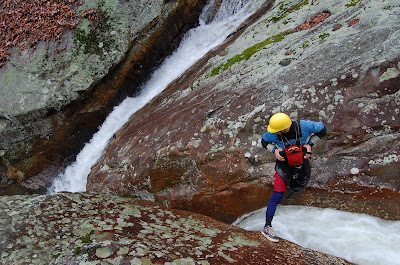 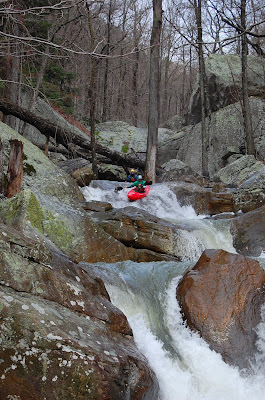 Shoot Me in the Face 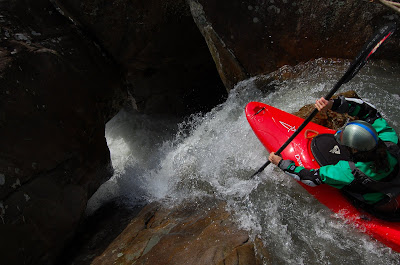 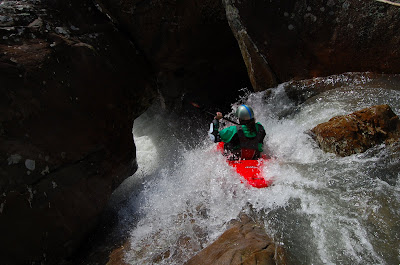 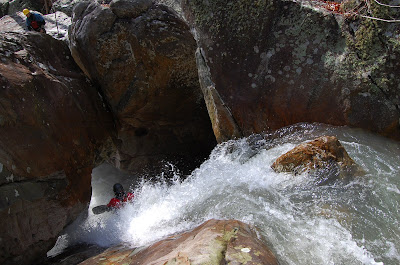 Sweet spot to do some thinking 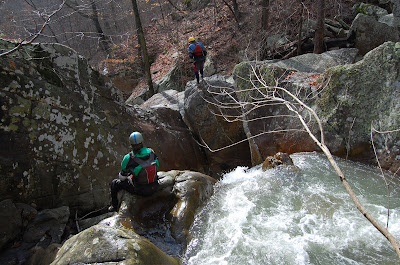 I returned to Suck Creek the next morning  bright and early to find ample water and my good budy Airen.(We charged it)  Water was abundant on the Plateau as Will and I cashed in on high water at Rock Island as late as Thursday.(We definitely charged it)
Paddling has been sweet lately and my gut tells me there is a lot more to come!
Big thanks to Ryan Allen for the sweet photos, check out his trip report at:
http://jiblogs.blogspot.com/2009/03/middle-creek.html
Posted by Soul Paddler at 11:36 AM 1 comment: