The charging has not let up since I moved to Chattanooga. The collective will of Team JIB to charge hard and boof big has taken me by storm. The creeks have stayed primed and seem to catch some rain every week. Runs have been abundant lately with Little Possum and Henderson in one day. I took a trip down to Tallulah with some good buddies from out of town. I charged with my playboat and reaped the rewards at ampitheatre as I was throwing blunts and making the creekboaters jealous. A few huge water trips to Rock Island have provided me with sweet surf sessions as it has now been spilling over the dam for more than three weeks. I had a sweet day on Suck creek at over 5 feet, firing up South Suck( super sweet roadside steeps), the whole creek is really pumpin at that level. I've had countless runs down suck at an array of levels and recently fired it up in my playboat( some good down creek freestyle to be had). I have all so patented the double right move off of Knucklehead(the gnar de suck) which seems to be working pretty well. I boof the rock in the middle of the flow onto the curling pile and the give her hell one more time for the big boof. This past week end myself along with Jeremy Pou and Will Pruett broke out of Chatt and headed to North Carolina to fire up the Green River Narrows. We applyed our Chattanooga charge style to the river and could have been mistaken for locals. We had healthy water that would rise through out the day due to the constant rain storm.

We were right were I've wanted to be for some time now. We were in Western NC and it was raining. This meant one of two things- TOXAWAY or RAVEN- with less water on toxaway than we had seen in Hendersonville we made the spiritual journey to the Raven Fork. Upon arrival we found a healthy 11 inches on the gauge. We fired up the hill in the V-Dub until the little car would drive no farther. On foot we hiked through a beautiful forest of lush vegetation, slippery granite, and an eerie fog that would accompany us throughout the day. Reveling in the majestic powers of the steep meta-granite gorge I was soft spoken and humbled by its greatness. We had a safe travel through the gorge and good lines were shared by all. Upon reaching Big Boy- A stout waterfall- I was told the water was a little high for the move. None the less the falls spoke to me and now I see it when my eyes close and know that I will grace his curtain one day. Mike Tysons was long, steep, and an overall white out. I ran Wet Willy blind and it was awesome. It was a great day amongst the steeps and an eye opener to the wonders that exist outside of Cherrokee North Carolina.

Here is Will's blog entry and video of our Little P - Henderson one day extravaganza:
http://fullthrottlewill.blogspot.com/2009/04/falling-off-ridge.html

Will on the Sunny One 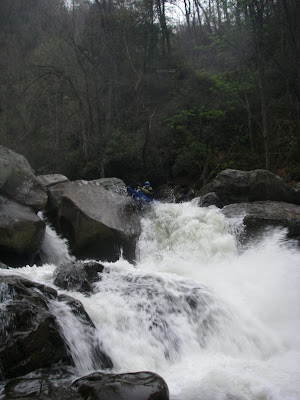 Will and Jeremy ready to Rave 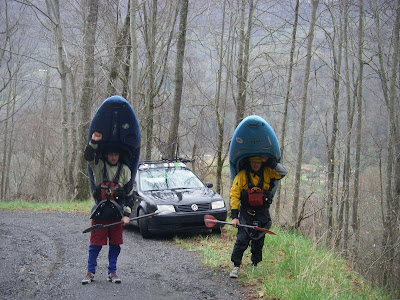 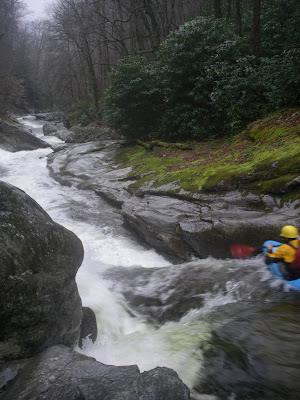 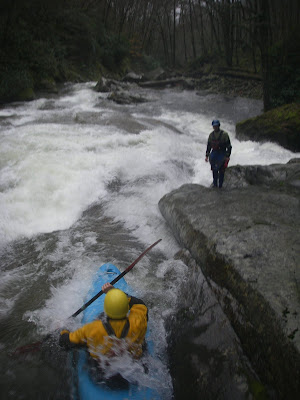 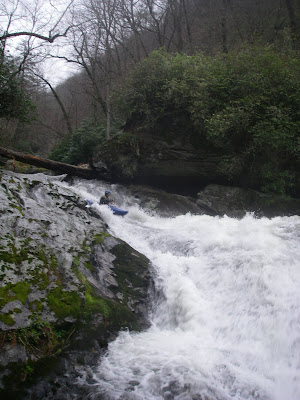 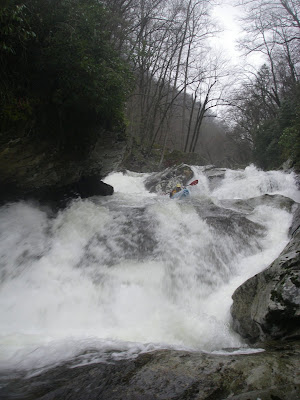 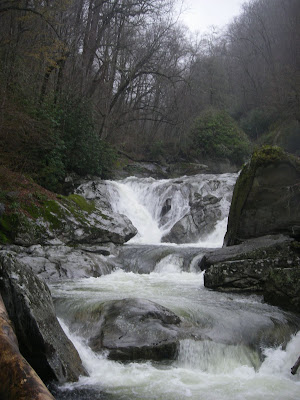 Big Boy is calling me 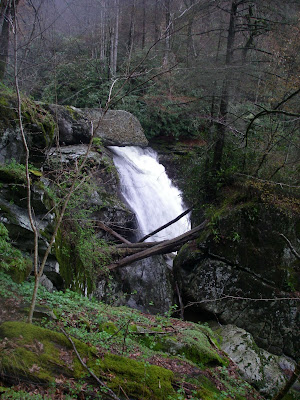 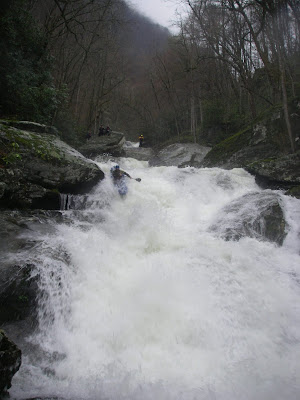 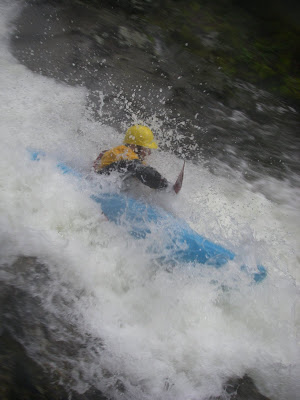 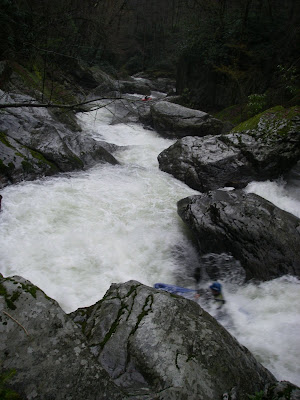 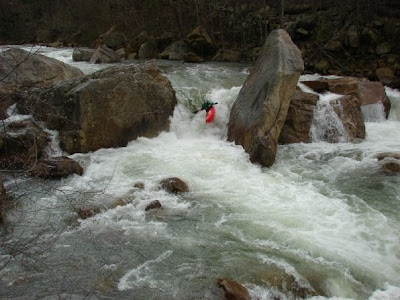 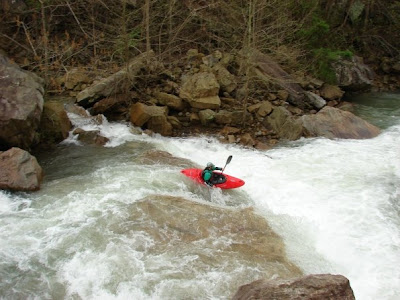 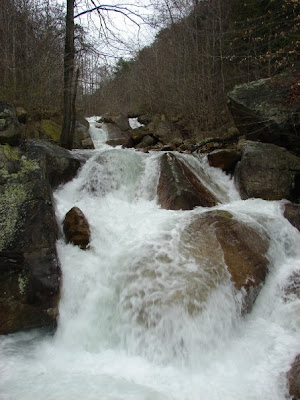 Killin it off Knucklehead 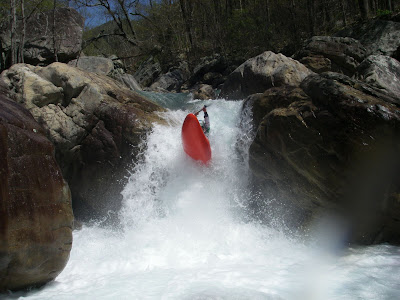 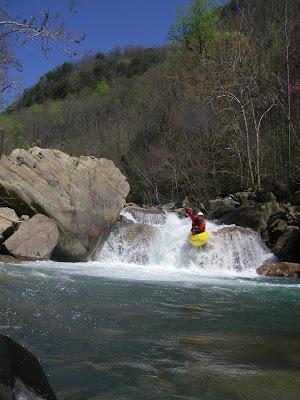 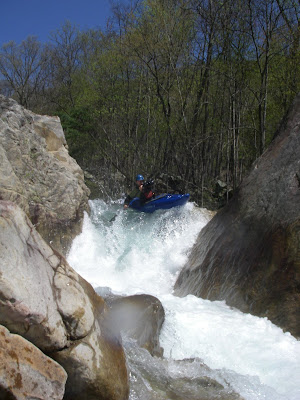 Posted by Soul Paddler at 9:48 AM No comments: